Online Pai Gow poker is a poker variation enjoyed by many poker gamblers around the world. Since the game’s development in the 1980s, it has grown to become one of the most loved and exciting variations of the game.

We at Casino-Aus understand that many Australians are looking to play online Pai Gow Poker. As the game is not as popular as other casino games, Aussie players may not be sure where to find the best pai gow poker game online. By creating this page, we have endeavoured to help those searching for the best place to play this famed poker variation online. This page also includes helpful tips for those who do not know how to play the card game but may be interested in learning.

The following are the best pai gow poker casinos available to Australians:

Although online pai gow poker may seem somewhat intimidating to players who have never played it but the game is very easy to learn. Starting with the basics, a game of pai gow poker consists two and seven players. It is important to note that within pai gai poker players do not actually play against each other but rather simply attempt to beat the dealer.

The game is played with a single 52 card standard deck of cards of which four will always remain unused. Each player receives seven cards from which they are required to make up two hands of cards. One hand must be made up of five cards (often called the hand “in front”). The second hand must be made up of two cards (often called the hand “behind”). For players to win, both hands need to beat those of the dealer.

It is important to note that within land-based casinos, the dealer will always deal out cards for seven players even if there are only two playing. The player will then have the opportunity to bet on those hands if desired.

With regards to the five-card hand created in pai gow poker, possible hands include the those seen in most variations of poker. These hands are:

With regards to the two-card hand, it should seem obvious, but only possible hands are that of a pair and high card. 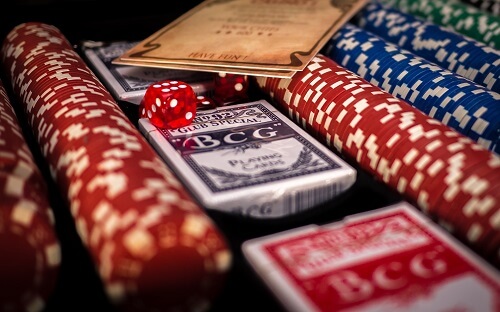 Poker is one of the few gambling games in which it is possible for a player to influence the outcome somewhat. However, it must be kept in mind that pai gow poker strategies only work on improving a player’s chance of winning. There is no known strategy that players can use that will ensure you win every single bet.

With this all said, here are some tips to keep in mind when playing pai gow poker games online:

There are many more tips for Australians to find for their next pai gow poker game. These are just some of a range of different strategies that can be used while playing the game.

Pai gow poker is derived from one of the most popular Chinese gambling games, “pai gow”, which was first played sometime between the 10th and 13th centuries. The original game of pai gow is played with Chinese-style dominoes and is currently a popular online gambling game in its own right. (As an aside, those interested in playing the best pai gow online games, be sure to check any of our affiliate casinos.)

In playing pai gow with dominoes (or tiles), 32 tiles are shuffled and arranged into eight stacks of four dominoes. Each player is then given a stack of tiles from which they are required to form two hands.

So, how did a game played with dominoes turn into a popular poker variation?

As with many Asian gambling games introduced to Western audiences, changes were made to pai gow to make it more accessible to new players. When the game was first introduced in the United States in 1985 as a poker variation, it quickly blew up in popularity.

With the previously mentioned rules of pai gow poker in mind, it is very easy to see how the game’s similarities to the original game. Today, both games are now popular favourites in casinos around the world, including Australia. 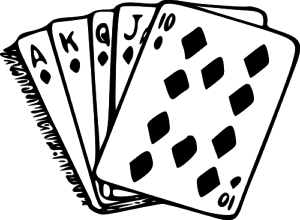 Before jumping straight into your first game of online pai gai poker, you need to familiarise yourself with common terminology used while playing the game. The following are some of the most popular terms one may come across while playing Pow Gai Poker: