Aussies Lose More Than AU$12 Billion on Pokies Each Year

Aussies Lose More Than AU$12 Billion on Pokies Each Year

The Queensland Government Statistician’s Office recently released some data regarding the spending habits of Australians in relation to gambling for the 2015/2016 financial year. In the state government’s report, it was revealed that Australians lost a massive AU$12 billion on pokie machines throughout the country for that period. The figure amounts to almost half the total amount of money lost by Australians due to gambling activities each year. 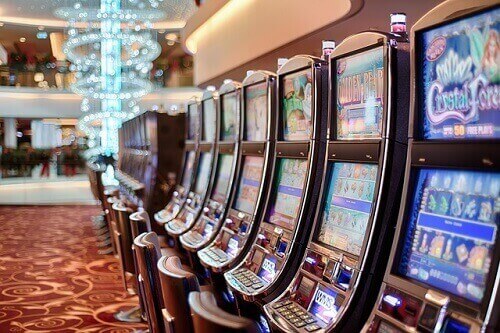 It is very clear from the data that pokie games tend to be the preferred form of gambling with losses incurred on other types of gambling being much lower. Casinos saw the second highest amount of cash lost due to gambling with the figure sitting at AU$5.2 billion and TAB games the third most at AU$2 billion.

Over the past few years, several statistics have pointed out that pokies are the most popular form of gambling in Australia. Although some casinos have reported a slight decline in the popularity of pokies with younger gamblers, millions of Australians still love to play these games.

According to some analysts’ research, so loved is the activity of gambling in Australia that losses incurred due to the hobby are 50% higher per citizen when compared to other nations with strong gambling centres, including the USA and Singapore.

The data released by the Queensland Government Statistician’s Office also suggested that the groups that suffer most from these losses are people living in impoverished communities. The problem of gambling addiction tends to be more prevalent among individuals who really can’t afford to lose any money.

Here at Casino-Aus, we implore our players to behave responsibly when gambling at both land-based and online casinos. If you feel as if your gambling habits are turning into a problem, be sure to seek some help at relevant Australian gambling addiction organisations.