A recent study published by the Australian Environment and Communications References Committee (ECRC) has concluded that video game loot boxes and gambling are indeed linked. The study, which was conducted earlier this year, surveyed over 7 500 people. Consequently, it was determined that problem gamblers are more likely to spend more cash on loot box-like features. 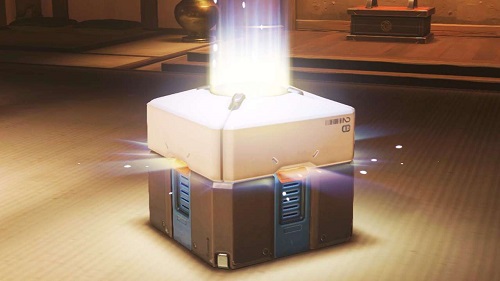 Ultimately, the study put forward the theory that loot boxes could lead to increased gambling-related issues across the world. It was strongly suggested by the lead researchers that these reward systems could be the first step towards developing a real money gambling problem. Although these systems may not meet the true criteria of traditional gambling games, they satisfy the same psychological urges.

The debate around video game loot boxes has raged on since they were first thrust into the spotlight in late 2017, following the release of Electronic Arts’ first-person shooter title Star Wars Battlefront 2.

The game, which included a loot box microtransaction system strongly tied to in-game progression, was stated to prey on players who desperately sought to improve their performance and/or visual appearance in the multiplayer title.

Others, such as the researchers in charge of this study, have argued that it isn’t that simple. While players may always receive something in a loot box, items are often classified according to certain categories, which makes it more difficult to receive some items. This may prompt some players to keep buying loot boxes until they are lucky enough to unlock the soughtafter item.

Several countries around the world, such as Belgium and the Netherlands, have opted to ban loot boxes in video games. Video game publishers who refuse to comply with these new laws are currently facing legal action.

Australia has also looked to investigate loot box activity in video games and whether or not it should be regulated. While no ruling has been made on this issue yet, several have implored the federal government to place restrictions on these games, including the producers of this study.

Whether new restrictions will be placed on loot boxes remains to be seen. But, you can be sure that we’ll be keeping you up to date on this story at Casino-Aus.com.