Australian players can look forward to going on a journey similar to that seen in Steven Spielberg’s classic Indiana Jones films in Quickspin’s new adventure-based pokie game, Ark of Mystery. In this exciting new slot, players follow lead character Anne as she attempts to unlock all of Ancient Egypt’s most desired treasures. 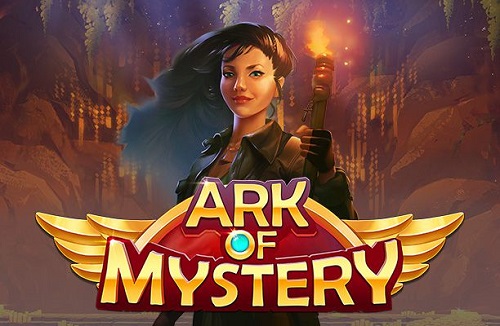 Ark of Mystery Details and Impressions

Quickspin is well-known for creating pokie games with appealing illustrations and art styles, so it really is no surprise that Ark of Mystery looks so good. With the game’s background featuring a temple enticing enough to tempt any treasure hunter, players will feel like they’re watching a Blockbuster Hollywood movie.

As previously alluded to, the game makes use of an Ancient Egyptian setting, meaning that some of the title’s symbols include stereotypical designs that players may have seen many times before. Some such designs include the Eye of Horus and an Ankh. While we understand that the Egyptian theme has been done so many times before in slots, we urge players not to get discouraged from playing this game for this sole reason as there is a lot of fun not to be missed out on.

Quickspin has stated that there are two major bonus attractions in Ark of Mystery that may get players really excited to try the game. These features include a special multiplier symbol that increases players chances of winning insane amounts of money and a wild re-spin feature that sees a number of extra spins added to a game session.

Overall, our team has had fun with Quickspin’s latest pokie game, which was released on 9 October. In the short time that we’ve been able to play it, we’ve already pretty much decided that it is one of the best games the software developer has released this year.

Where to Play Ark of Mystery

Ark of Mystery is available to play at any of the best Australian online casinos powered by Quickspin. Personally, we recommend trying out JokaRoom, where the game has already been featured on the site’s banner.