A lottery is a gambling game in which players place wagers on a selection of numbers. Players attempt to guess which numbers will be drawn and win cash prizes if they are able to do so correctly. Lottery games are some of the most popular games around the world, with millions of people placing wagers on such games on a weekly basis. Australia has loads of lottery games on offer, including both national and state games. Often, the jackpot prizes available in Australian lotteries are extremely large, life-changing sums of money.

Most Australians should know a fair bit about the lottery. However, for those who don’t, we have created this all-encompassing guide that should help them learn all they need to know about lotteries in Australia. This includes a list of the most popular lottery games presently available in Australia, and some tips and tricks for when playing the game.

There are loads of different lottery games available in Australia. Below are some of the most popularly played lotteries in the country: 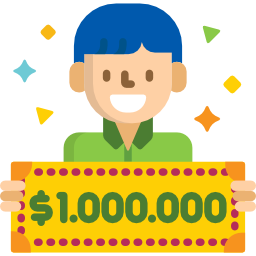 While there aren’t any true lottery strategies available to Australian players (as most of these games are based entirely on luck), there are a few tips and tricks that our team likes to use when playing these games:

Lottery-style betting games are some of the oldest available forms of gambling games currently available. It has been suggested that the first-ever lottery game came into existence somewhere around 200BC in China. Historians even believe that these games were used to help fund government functions and projects, similarly to how some lottery games around the world currently work.

Lottery games eventually made their way to Europe around 27BC, notably during the period of the Ancient Roman Empire. The game was played as a dinner party game at noble functions, and all players would win prizes, all of unequal value.

Throughout the Medieval period, lottery games continued to remain popular throughout Europe, and as like in China, even begun being implemented as a painless form of taxation. Many of the lottery games initiated in this period are still operating today.

Today, lottery games are enjoyed throughout the world with these games often being considered some of the most popular forms of gambling currently available. In Australia specifically, players have their pick of a variety of different lottery games.