Do you know how to move like an Egyptian? Find out IGT’s Pharaoh’s Fortune pokie game, which is sure to help determine whether or not you have got some rhythm or not. Win big cash prizes in this interesting slot as you dance along to a renown pop tune. Read on to find out more. 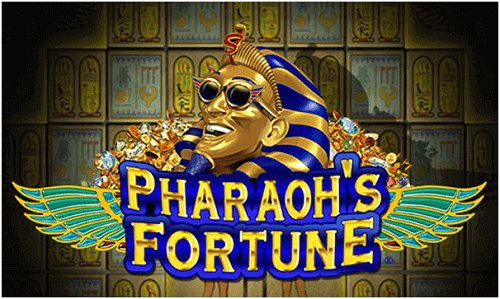 Pharaoh’s Fortune is a five reel pokie game featuring three rows and fifteen paylines. It is one of many IGT slots to make use of an Egyptian theme but attempts to put a new spin on the idea by kitting the game out with The Bangle’s “Walk Like An Egyptian” as a soundtrack. Even though the game features an interesting soundtrack, the graphics may leave some players unimpressed.

The title’s symbols are made up entirely of theme-related symbols including five different Egyptian gods, such as Horus and Osiris. Other symbols include some unique hieroglyphic designs. The game does have a wild symbol which is represented by a pyramid with the game’s name on it. There is also a scatter symbol (scarab beetle) and a separate bonus icon (the Sphinx’s head) which activate the game’s extra features.

Pharaoh’s Fortune has only one major bonus feature, which is a free spins bonus. All players need to do to activate this bonus mode is to land three scatter symbols on an active payline. Players will then be made to pick stone blocks out of a wall which will award players with either a free spin or a multiplier until they reach the end of the round. One really great feature about this game’s free spins mode is that players will always walk away with three times their bet even if they do not form a winning combination.

IGT has a load of Ancient Egyptian-themed games available, but Pharaoh’s Fortune is really fun to play. Particularly due to the interesting free spins bonus feature.