Join Amma’s quest for Valhalla in Betsoft’s Viking-inspired pokie game – Viking Age!  Demonstrate your physical and mental strength in age-old competitions designed to differentiate the worthy from the weak, and walk away a winner. Read on to find out more about this epic pokie! 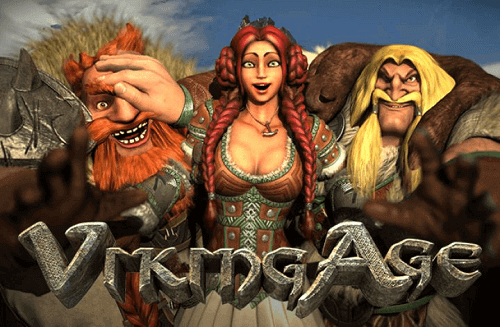 Viking Age is a five-reel slot game with three rows and 40 paylines. The game was developed by Betsoft and makes use of the developer’s trademark 3D graphics, which do well to create an immersive world wholly inspired by ancient Scandinavian culture. The accompanying soundtrack does much to add to the gameplay experience.

Symbols in this title only feature theme-related designs. Some of the symbols players will see zooming across the reels include golden jewellery, a statue, a shield, a runestone, a battle-axe, a long boat, and two of Amma’s friends. The game does not make use of a wild symbol, but there are three bonus symbols. Bonus symbol icons include Amma herself, a Viking helmet, and an image featuring an arm-wrestling competition.

Viking Age makes use of a classic pokie theme but adds amazing effects and good-looking graphics to create an enjoyable humorous experience. We enjoyed our time with this fun title and really believe that Australian players keep it mind the next time they visit a Betsoft casino.