Travel down to good old plains of Africa and experience the wild as you have never experience it before in Betsoft’s fun wildlife-themed pokie game – Safari Sam! Make exciting animal-filled combinations and win big prizes. Read on to find out more. 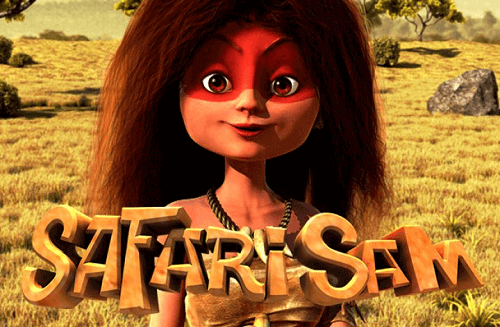 Safari Sam is a five-reel slot game with three rows and 30 paylines. The African-themed Betsoft game makes use of stellar 3D graphics that are so impressive that players will actually feel as if they’re exploring the plains of some Sub-Saharan nation. With an interesting soundtrack and fun animations, this title really does seem to be one of Betsoft’s top titles with regards to the overall general appeal.

The title makes use of only theme-related symbols. Designs include Sam himself, a lion, a zebra, a monkey, a safari truck, a girl and a tent, among others. There is a wild symbol, which is illustrated by the symbol with the word spelt across it as well as two scatter symbols represented by symbols depicting Sam and his binoculars and a sunset view.

Safari Sam make use of four compelling bonus features, which are outlined down below:

Safari Sam really is one of the best slot games in Betsoft’s back catalogue. It makes use of great graphics and includes some amazing bonus features that are sure to catch interest of even the pickiest of players.